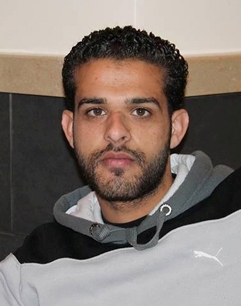 Palestinian medical sources reported, on Thursday night [November 28, 2013], that a young Palestinian man died of wounds suffered five months ago during clashes with Israeli soldiers at the Qalandia terminal, north of occupied Jerusalem.The sources said that Mahmoud Wajeeh Awwad, 22, was shot in the head by a live round fired by an Israeli soldier, and was moved to the Hadassah Israeli Hospital in Jerusalem. He remained in a coma, in serious condition, until his death.

Following his death, dozens of Palestinian youths held a protest near the Qalandia Terminal, and the Israeli army fired gas bombs and rubber-coated metal bullets, injuring at least four Palestinians.