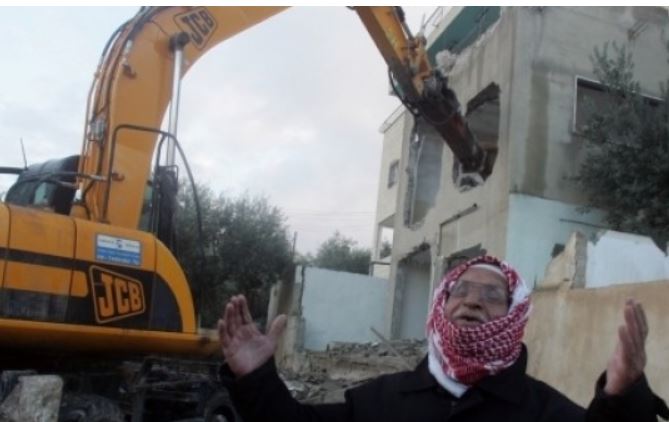 [Saturday, November 30, 2013] Adel Ameera, a Palestinian man from occupied East Jerusalem, was forced to demolish his own home in Sur Baher, south of the city, after an Israeli court deemed his home “illegal”.Ameera told Radio Bethlehem 2000 that the city’s district court had previously ordered him to demolish his home by December 1st, 2013.

He built the two-story structure a year ago, so that he and his family could live on one floor, and his son on another. Ameera stated that the land where his home is built is owned by the family, and was classified by Israel as area C, where Palestinians are not allowed to build, so that Tel Aviv can build and expand its illegitimate settlements.

He further stated that he received official notification from the Jerusalem City Council informing him that, should he fail to demolish his building, the city would demolish it and force him to pay at least 200,000 New Israeli Shekels in fines.

Ameera told reporters that his family does not have financial resources, and voiced an appeal to human rights groups to help his family, who was rendered homeless by Israel’s illegitimate policies.

The Israeli Committee Against Home Demolitions (ICAHD) has reported that, following the six-day war in June, 1967, Israel started practicing a range of policies leading to the displacement of more than 160,000 Palestinians in the West Bank and the Gaza Strip.