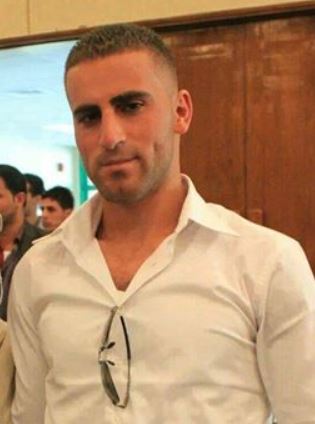 [Saturday, November 30, 2013] Israeli police officers shot and killed a Palestinian laborer in the Petah Tikva area, north of historic Palestine, after chasing him. The police also kidnapped 20 of the workers.Eyewitnesses stated that dozens of police officers attacked a group of Palestinian laborers as they slept in a cemetery in the area, kidnapping twenty. The officers then shot and killed one worker, allegedly after he “tried to attack them with a rock”.

The slain man has been identified as Antar Shalaby Al-Aqra’, 23 years of age, from Qablan Village, south of the northern West Bank city of Nablus. He was hit by several live rounds, in the upper part of his body, and died instantly.

The police said that they had moved the case to an investigations department, in order to examine “whether the worker posed danger to the lives of the officers”. One of the Israeli officers is a volunteer at the police department.

The difficult economic conditions in the occupied territories, resulting from Israel’s illegal policies and settlement activities, pushes thousands of Palestinians to seek work in Israel. Tel Aviv refrains from granting work permits to most Palestinian workers, an issue which forces the workers to take the risk of working without a permit, in order to feed their families.

Dozens of similar cases have taken place as a result of these violations, while hundreds of workers have been taken prisoner.

Head of the Media Department of the Palestinian Workers Union, Mohammad Al-’Atawna, strongly denounced the murder of Al-Aqra’, and demanded human rights groups to intervene, investigate the attack, and to stop Israel’s ongoing violations.

“This incident is part of daily violations against the Palestinian workers; those workers have no rights, and face constant harassment and abuse”, he said.

“Dozens of workers have been killed and injured, over the past few years, as Israel continues to violate all international agreements related to the rights of occupied nations.’