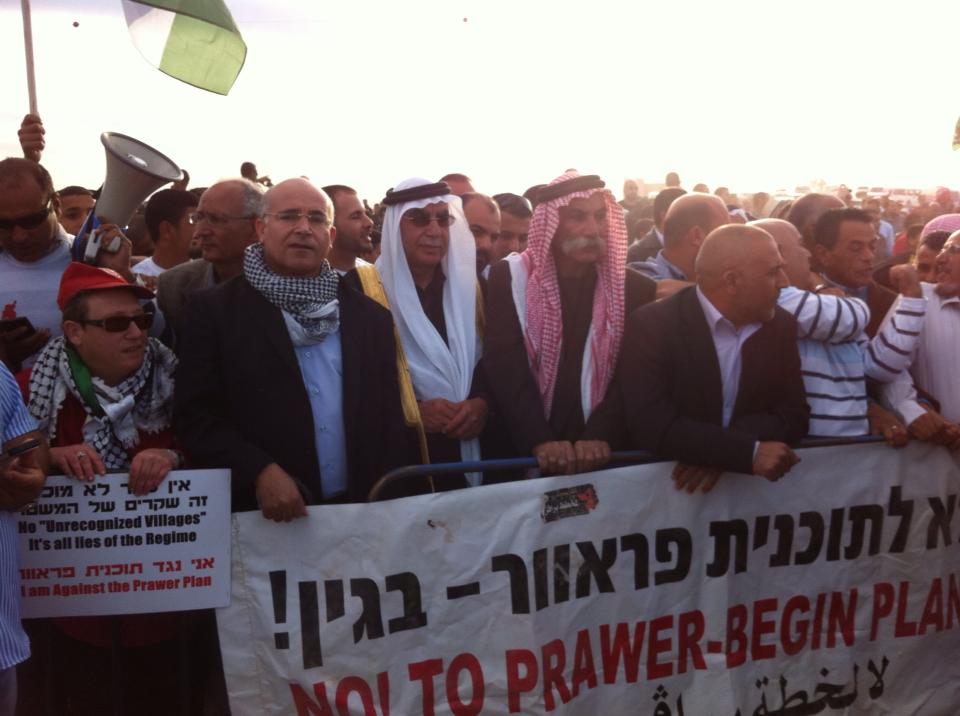 [Saturday, November 30, 2013] Israeli soldiers and police officers have violently assaulted hundreds of nonviolent protesters marching, in the Negev, against the Prawer-Begin Negev displacement plan.The Police, in full riot gear and mounted platoons, assaulted the peaceful protesters, an issue that led to clashes, while a number of youths threw stones at them. The Police detained a number of protesters, and chased dozens in the area.

The Maan News Agency has reported that at least a 100.000 Palestinians, Israeli and international peace activists, in addition to Arab Members of Knesset (Mk’s) Dr. Ahmad Tibi and Dr. Jamal Zahalka, participated in the protest.

Dr. Tibi said this massive protest comes to affirm that “the Prawer plan will not pass on the ground, even if it passes a Knesset vote”, explaining that Israel aims at displacing and expelling the indigenous Arab population from their homeland, in order to replace them with Jewish settlers and shopping centers.

He said that, even if the government officially approves the plan, “the Palestinians should never respect it, and will continue protest it, as it is a racist law”, and added that he and various officials “are acting on the international level to expose this racist plan, and Israel’s illegitimate, racist, policies.”

On his part, Dr. Zahalka said that, by insisting on passing and implementing this plan, Israel puts itself in direct confrontation with the indigenous Arab and Palestinian inhabitants of the land, and holds Tel Aviv fully responsible for the consequences.

He added that the Israeli government must stop the plan, stop trying to pass it at the Knesset, and should instead start negotiations with the residents in all Arab and Bedouin villages and communities in the Negev.

Various protests were held Saturday in Hebron and Ramallah, as well as several parts of the occupied West Bank. Several Palestinians were injured by army fire, and many have been detained.

The Prawer-Begin Plan aims at illegally confiscating nearly a million dunams of Arab – Bedouin land in the Negev, and the total destruction and removal of nearly 36 “unrecognized villages”, an issue which would lead to the displacement of nearly 100,000 persons.

By displacing the Arabs from the Negev, and the construction of malls and “Jewish-only” areas, Israel will be blocking any geographical contiguity between the Negev, Gaza and Sinai.

The plan, which passed following the first reading, would also lead to the illegal annexation of more than 800,000 dunams of Arab lands in the Negev. 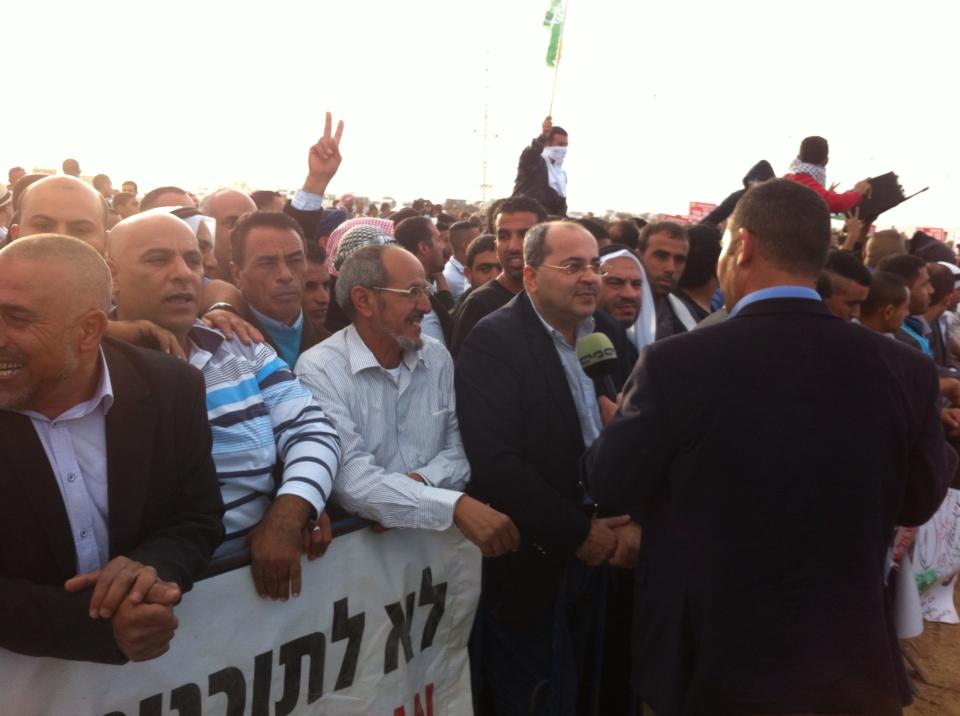