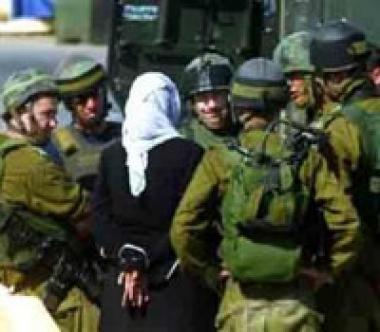 The Ahrar Center for Detainees Studies and Human Rights have reported that Israel is currently holding captive 21 Palestinian women at the Hasharon prison, under very dire conditions and ongoing violations.The center has reported that the detainees face constant harassment, and are repeatedly attacked and searched by soldiers who continuously break into their rooms.

Head of the Ahrar Center, Fuad al-Khuffash, said that detainees are also denied the right to medical attention and are not provided with basic humanitarian needs.

In a separate report, the Ahrar Center said that Israel is holding captive eleven democratically elected Palestinian legislators and one minister.

It is worth mentioning that the army kidnapped 312 Palestinians, including four women, two journalists, and three lawyers, in different violations and invasions throughout the occupied territories, in February.