Worker Kidnapped, Another Suffered A Broken Leg After Soldiers Attack Them 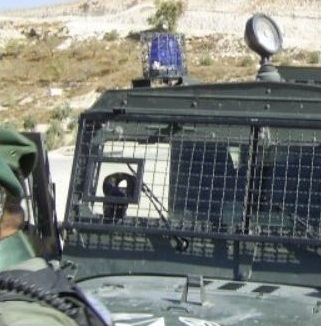 Israeli soldiers, stationed at a roadblock near Hebron, attacked on Tuesday [March 4, 2014] two Palestinian workers heading to work, causing one worker to suffer a broken leg, while kidnapping his friend. Eyewitnesses said that several soldiers, stationed at the ath-Thaheriyya roadblock, south of the southern West Bank city of Hebron, stopped and assaulted Ahmad Ali Najajra, 19, from Nahhalin village west of Bethlehem.

Najajra was moved to the Arab Society Hospital in Beit Jala, suffering a fracture in his leg, along with various cuts and bruises.

The soldiers also stopped another worker, identified as Ahmad Fayeq Najajra, 20, at the same roadblock, and kidnapped him before moving him to an unknown destination.

Furthermore, soldiers invaded Tulkarem city, in the northern part of the occupied West Bank, and kidnapped one Palestinian identified as Sufian Khamis al-Azba, 45.

Local sources said that the army invaded the al-Aqsa neighborhood in the city, and broke into the home of al-Azba before violently searching the property.