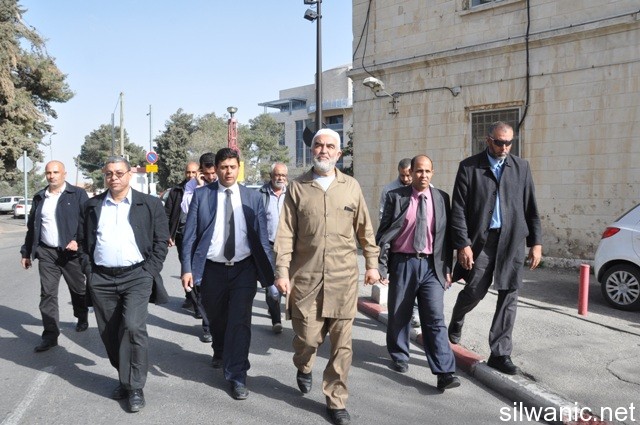 The Judge said that Sheikh Salah incited violence, and “repeated the words blood and martyrs”, adding that such words “could lead to violence”.

The Sheikh was convicted back in November of 2013.

The Israeli prosecution claimed that, in his speech, Sheikh Salah “attacked Jews”, and said that Israel wants to build its temple on the rubble of the al-Aqsa mosque, after demolishing it.

It added that Salah encouraged violence, and called for violence, particularly when he stated “God willing, the occupation will be uprooted, the same way other occupations were uprooted in the past.”

After the court rendered its ruling, Israeli settler Itamar Ben Gvir attacked several Palestinians in the court and described Sheikh Salah as “a terrorist who belong in jail”.

His statements led to a scuffle before court guards removed him from the courtroom.

Commenting on the ruling, Sheikh Salah said that the decision to imprison him proves the cruel nature of the occupation and its racist policies.

Sheikh Salah has been repeatedly kidnapped and imprisoned by Israel, and several rulings were issued against him, preventing him from entering Jerusalem and the Al-Aqsa mosque for six months, each time.