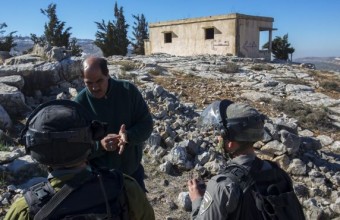 Some 300,000 Palestinians live in Area C, the part of the West Bank under full Israeli control, according to new data published, on Tuesday, by a UN body. That figure is considerably higher than 150,000 to 180,000 Palestinians said to live in the area, according to a 2008 estimate by the Israeli NGO Bimkom – Planners for Planning Rights.The PNN reports that the new estimate, published by the UN Office for the Coordination of Humanitarian Affairs in occupied Palestinian territory (OCHA), concludes that there are 297,000 residents living in 532 residential areas in Area C, which is under full Israeli civil and security control, and which comprises just over 60 percent of the West Bank. There are 67,016 Palestinians living in 241 communities and villages which are entirely in Area C. Of these 51 are villages and cities with most of their built-up area in Area C, with the rest in Areas A (under Palestinian control) and B (under shared Israeli-Palestinian control); 240 residential areas are cities and villages with less than half of their land in C.

The Palestinian population in Area C is considered to be especially vulnerable and in need of international assistance because of limited access to educational and health-care institutions, harassment by settlers, proximity to firing zones and insufficient connection to water and electricity infrastructure. The population was a special target of the 2014-2016 Strategic Response Plan of the humanitarian community in the occupied Palestinian territory, a group of international aid organizations, primarily European ones.