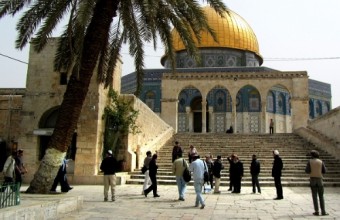 The Bureau of the Committee on the Exercise of the Inalienable Rights of the Palestinian People expressed concern over the recent developments and increased tensions in Occupied East Jerusalem, and especially the increasing incursions by Israeli settlers and political leaders, including government officials, on the Al Aqsa Mosque compound, which provoke Palestinians and other Muslim worshippers.
The committee said in a statement, issued Wednesday, that the most dangerous development is that the Knesset recently began a debate on a bill to impose ‘Israeli sovereignty’ over Al-Haram Al-Sharif, according to the PNN.

The committee stated that such actions with regard to this highly sensitive area provoke Palestinians, and may also be perceived as serious acts of incitement in the wider region. Moreover, these actions undermine the current negotiations process, threatening the prospects for peace.