Palestinian Killed By Army Fire At The Al-Karama Crossing 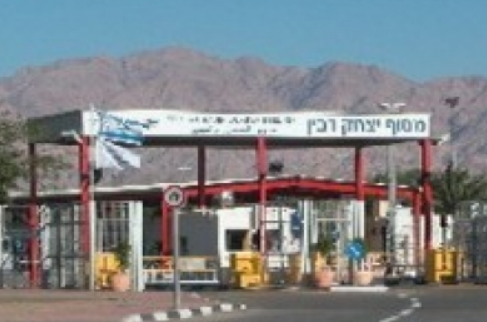 [Monday, March 10, 2014] Palestinian medical sources have reported that Israeli soldiers stationed at the al-Karama crossing, between the West Bank and Jordan, shot and killed a Palestinian man.The sources said that Raed Aladdin Z’eitar, 38 years of age, is from the northern West Bank city of Nablus.

Palestinian security sources said the Palestinian Authority contacted the Israeli side to transfer the body of the slain Palestinian to his family, for burial ceremonies.

The Israeli army claimed Z’eitar “attempted to snatch a weapon from an Israeli security guard” before the soldiers shot him dead.

The army closed the crossing terminal after the attack until further notice, the sources added. The Israeli police said that no Israelis were harmed in the incident.

The slain Palestinian was returning home from Jordan; he was shot and killed at the first Israeli crossing point after crossing from the Jordanian side.