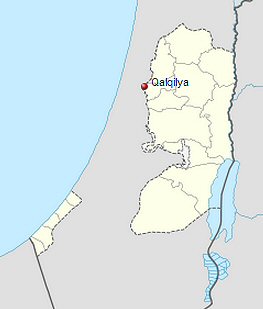 Four Palestinian-owned plots near Qalqilya were retrieved by their owners, after being previously seized by Israeli companies claiming ownership to the land.(WAFA) The Qalqilya governorate said in a statement, on Monday, that “brokers have long attempted to forge documents relating to ownership of the land which is adjacent to settlements and the apartheid wall.”

“Israeli settlement companies finance those brokers and are encouraged by the Israeli government which seeks in all means to seize the land in favor of the settlement projects,” the statement added.

Governor of Qalqilya, Rafe’ Rawajbeh, stressed that ‘the government will not spare an effort to retrieve the lands by all means’, saying that the land is the essence of the main conflict issues with Israel.