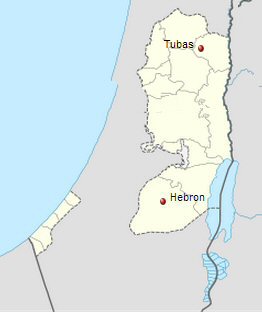 Israeli forces, on Wednesday, prevented several people from entering their own agricultural plots in the area of Samra, to the east of Tubas, in the northern Jordan Valley, as a prelude to seize the land, according to local sources.Settlers, under army protection, proceeded to raze hundreds of dunums of land belonging to Palestinians in the area, surrounding the area with barbed wire and sealing it off for settlement expansion purposes, WAFA reports.

Meanwhile, occupation forces intensified their presence in the area and forced the Palestinian owners out of their lands for hours, under the pretext that the area was to be used for training and now a closed military zone.

On Wednesday, Israeli forces served residents with several stop-construction notices in Bani Naʻim, a town to the east of Hebron, according to the town’s municipality.

Forces handed several stop-construction notices to a number of people in Khalet Abu Bayda, under the pretext of unlicensed construction.

The Municipality condemned this Israeli measure which, it said, is aimed at displacing the residents from this area.