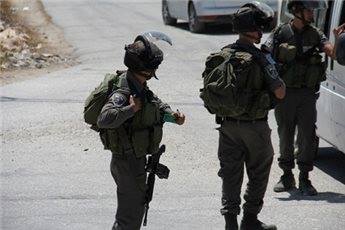 Medical sources said Abdul-Jawad suffered mild-to-moderate wounds in various parts of his body, after the soldiers assaulted him, and was moved to the Rafidia Hospital, west of Nablus.

The army stopped and searched dozens of cars, interrogating the passengers before kidnapping Abdul-Haq.

The Palestinian News & Info Agency (WAFA) has reported that the soldiers kidnapped Mahmoud Adel Hajajra, 17, and Omar Ahmad Qaraqra, 27, taking them to an unknown destination.