Panel Discussion to Be Held on One State Solution 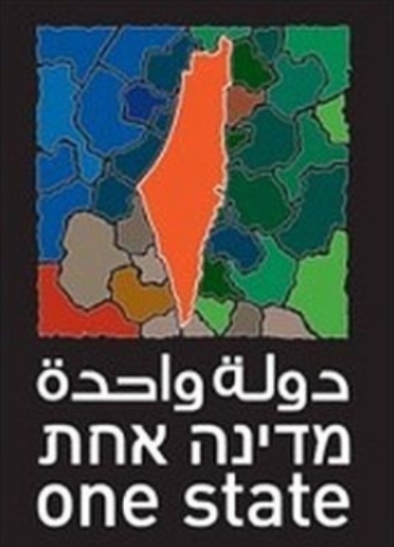 On Tuesday, March 18, 2014, at 7:00 PM, AICafe is holding a public panel discussion on the One State Solution with Mohannad Abu Gosh, Mikado Warschawski and the Haifa group for One Democratic State. All are invited. An open discussion with leading activists and thinkers about a one state solution and what this could mean for Palestinians and Israelis is being held by the Alternative Information Center (AIC), in Beit Sahour, near Bethlehem. Each speaker will give a 10-15 minute presentation, after which an open discussion will be conducted with the audience.

Numerous commentators note that ending the Israeli-Palestinian conflict via a two state solution is doomed to failure as this increasingly unrealistic solution does not fully address all of the issues involved in the conflict, the Palestinian News Network reports.

Mohannad Abu Gosh, an activist with the Haifa group for One Democratic State, will compare the two and one state solutions and review the issues related to one state, including democracy for all and the Palestinian right of return.

Mikado Warschawski, an Israeli activist and commentator, will speak about what a one state solution could mean for Israeli society, with reference to the demographic issue and an end to the Zionist colonial project.

Delegates from the Haifa group for One Democratic State will discuss the possible realities of equality in one state, looking at examples such as South Africa where the end of apartheid did not end systematic discrimination within society.

The AIC is a joint Palestinian-Israeli activist organization engaged in dissemination of information, political advocacy and grassroots activism. The AICafè is a political and cultural café open on Tuesday and Saturday night, from 7pm until 10pm.

It is located in the Alternative Information Center in Beit Sahour, close to Suq Sha’ab (follow the sign to Jadal Center). There is a small library with novels, political books and magazines, in addition to a number of DVDs and AIC publications which critically analyze both Palestinian and Israeli societies, as well as the conflict itself.