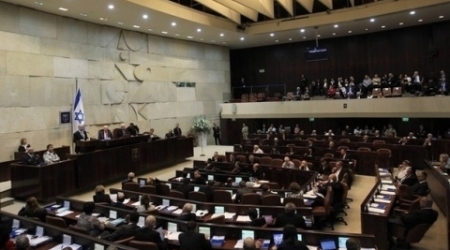 The Citizenship and Entry into Israel Law, which is worded as a ‘temporary’ order, regards reunification among families whose entry into Israel represents a risk in the eyes of the security services.

This includes Palestinian residents of the West Bank and Gaza, and foreign nationals from enemy countries or from regions involved in an ongoing conflict with the State of Israel.

The Israeli government will hold a meeting today, to take a decision which will be then presented to the Knesset for ratification.

Tomorrow will be a holiday for the Knesset, and the justification behind prompting a rush decison, Al Ray reports.

The previous extension of the law will expire at the end of this month.