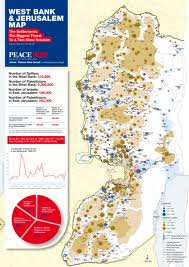 In another move which violates International Law, and discredits direct political talks between Tel Aviv and Ramallah, the government of Israeli Prime Minister, Benjamin Netanyahu approved plans for constructing hundreds of units in the Ariel and Bet El settlements, in the occupied West Bank.Israeli daily, Haaretz, said that the Civil Administration, run by the occupation army in the West Bank, has approved the construction of 839 units in a neighborhood south of Ariel, near the northern West Bank city of Nablus, and that the plan was initially presented by the Housing Ministry.

It added that the office also approved additional 300 units in the Beit El settlement, northeast of the central West Bank city of Ramallah.

The plan will be presented to the public in Israel, and should the government officially approve it, it will lead to what Haaretz described as a “significant expansion of Ariel”.

The Israeli paper added that the plan also includes 170 stand-alone houses, while the rest will be in the form of apartment buildings.

Earlier in March, Uri Ariel held a meeting with Ariel settlers, promised that the plan will be completed and implemented.

The 300 units in Beit El will be built as a “compensation” for the removal of units in the Ulpana illegal settlement nearly 18 months ago, despite the fact that the units were illegal under Israeli law, and were built on private Palestinian property.

In addition, Israel passed another plan for constructing 32 housing units in the Almog illegal settlement.

The construction and expansion of Jewish settlements, in the occupied West Bank and occupied East Jerusalem, is a direct violation of International Law and the Fourth Geneva Convention, to which Israel is a signatory.

Settlements and the Annexation Wall are depriving Palestinians of basic rights in their own lands, and are largely built on private Palestinian property. They have tuned the various Palestinian communities into isolated cantons.

Settlements also destroy the Palestinian economy, especially due to the illegal annexation of Palestinian lands and orchards, while the Annexation Wall is preventing Palestinians from accessing their orchards, and what is left of their lands.