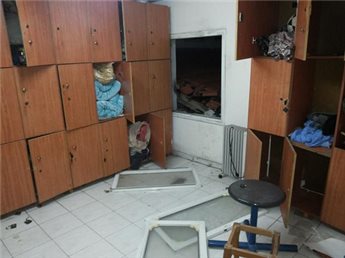 The official said, in a statement, that Israeli forces destroyed wireless devices and land lines, and also vandalized equipment in the office, adding that the raid lasted for an hour.

An Israeli military spokesperson said that ‘three Palestinians were detained,’ adding that Israeli forces ‘uncovered a pistol in the house of one of the suspects.’