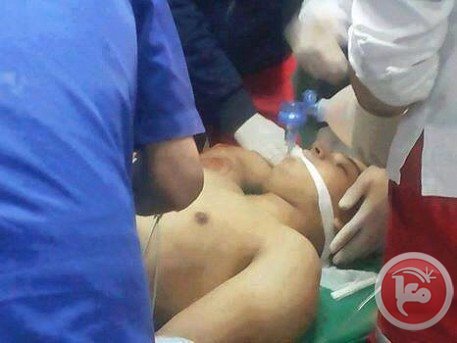 A large contingent of Israeli troops invaded Jenin refugee camp in a pre-dawn raid, on Saturday, surrounding a house with the apparent intention of abducting an inhabitant of the house. The soldiers, however, initiated the fire and, when inhabitants of the house returned fire, shot dozens of rounds into the house, killing 3 fighters and wounding 7 others.Medical sources in Jenin identified the men who were killed as Hamza Abu al-Haija, 22, Mahmoud Abu Zeina, 17, and Yazan Mahmoud Basim Jabarin, 23. No Israeli troops were injured during the assault on the camp.

Jenin refugee camp is located on the outskirts of the city of Jenin, in the northern part of the West Bank. The camp became a center of Palestinian resistance, in the West Bank, following a 2001 Israeli invasion in which hundreds of civilians were killed and a large portion of the camp was leveled with bulldozers.

In Saturday’s invasion, local sources report that the Israeli troops, along with members of the Israeli Shin Bet Secret Service, moved into the camp in an attempt to either abduct or assassinate Abu al-Haija. The 22-year-old was identified by the Israelis as being a leader in the armed wing of the Hamas party, of the al-Qassam Brigades.

The other two men killed represented the other main armed resistance groups in Palestine: 17-year old Abu Zeina was affiliated with the Islamic Jihad’s armed wing, the al-Quds Brigades, and the 23-year old Jabarin was identified as a member of the al-Aqsa Martyrs Brigades, the armed wing of the Fatah movement.

The Israeli military had placed Abu Zeina on a ‘wanted’ list, accusing him of trying to plan attacks against Israelis.

No charges were ever filed against Abu Zeina. He had received no warning of the impending assault that would end up taking his life.

The Israeli policy of extra-judicial assassination of people suspected of criminal or resistance activity has been condemned by international law and the United Nations, but Israeli troops continue to carry out such executions with impunity.