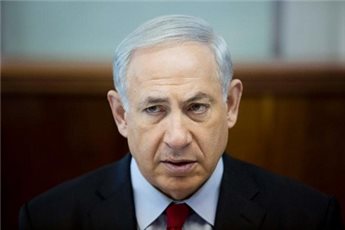 Israeli Prime Benjamin Netanyahu vowed Sunday that the army would use force against anybody plotting attacks against Israel, after troops killed three Palestinians in a West Bank raid.(AFP/Ma’an) ‘Over the weekend, our forces struck at a terrorist who had organized attacks on Israelis and was also planning attacks on innocent civilians,’ Netanyahu told ministers at the weekly cabinet meeting.

‘Our policy is to attack those who attack us and who are planning to attack us,’ his office quoted him as saying. ‘Both were applicable in this case.’

Israeli troops entered the Jenin refugee camp in the northern West Bank on Saturday in what the army said was an operation to capture wanted Hamas militant Hamza Abu al-Haija, 22.

Palestinians called for a day of mourning and a general strike.

Hamas, Islamic Jihad, and al-Aqsa Martyrs’ Brigades issued a rare joint statement vowing revenge and accusing Abbas’ Palestinian Authority of complicity in the killings through its security cooperation with Israel.

Israeli army spokesman Peter Lerner defended the operation, saying that Abu Alheja was ‘a ticking bomb’ who took part in shooting attacks and was in ‘advanced stages of the preparation of further attacks.’

The army has killed 60 Palestinians since peace talks began in July.