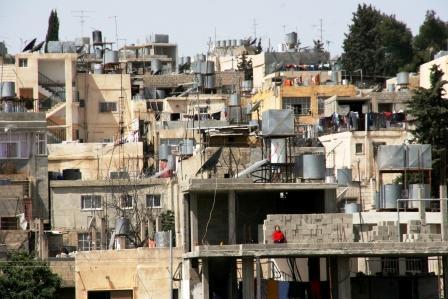 A Palestinian journalist has reported that he and two of his colleagues were used by the Israeli military as ‘human shields’ during an Israeli military invasion of the Aida refugee camp, near Bethlehem.The term ‘human shield’ is used to refer to instances where armies or armed forces attempt to protect themselves by placing civilians between themselves and the people or group they are attacking. This practice is a direct violation of international law and the Fourth Geneva Convention, to which Israel is a signatory.

Israel has, on multiple occasions in the past, been found to have used Palestinians (including children) as human shields, including tying them on the hoods of their vehicles. Multiple instances have also been documented by international and Israeli human rights groups of the targeting of journalists, including the killing of journalists documenting Israeli abuses in Palestine.

In the incident on Saturday, Palestinian journalist Moussa al-Shaer reported that he and two other journalists – a Palestinian and American – were used by the Israeli military to shield them from some youth who were throwing stones at them.

According to al-Shaer, the three journalists were detained by Israeli troops, who took their press cards and refused to allow them to leave or do their job of covering the incident. Throughout the invasion, the Israelis placed the journalists in front of the troops in an attempt to stop the kids from throwing stones at the troops.

Eventually, at the end of the invasion, the soldiers handed the journalists their press cards back and released them without charge.

During the Israeli invasion of the camp, soldiers fired stun grenades and tear gas at residents, causing several in the camp to seek medical attention for tear gas inhalation.