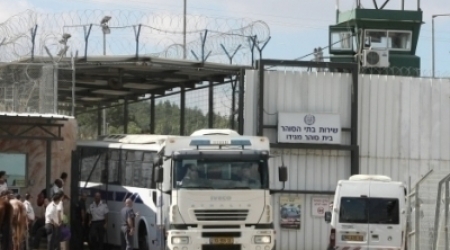 The Israeli Labor Party has presented a proposal to the Prime Minister Benjamin Netanyahu, providing the replacement of the fourth patch of Palestinian prisoners release with settlement freeze.
Both MKs Ahilalk Bar and Omaeir Bar introduced the suggestionon on behalf of the party, demanding the imposition of settlement freeze during negotiations, Al Ray reports.

The Israeli government took the wrong option previously, because freezing settlement is less dangerous and the release of prisoners carries many security risks, according to the proposal.

Signatories of the proposal said, “the settlement freeze will receive support from the right wing, claiming that relieving the suffering of the Israeli bereaved families and saving the people’s life is more important than settlement construction.”

Journalist Ofer Shelah, member of Yesh Atid Party, suggested such a proposal recently in a meeting with a group of students.

Some Likude ministers threatened to resign if the Israeli government released the fourth patch of prisoners, in an attempt to dissuade Netanyahu from the idea.