Arab League Refuses to Recognize Israel as a ‘Jewish State’ 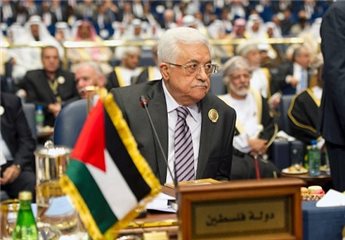 The Arab League Summit has refused to recognize Israel as a Jewish state, an Israeli demand which threatens to derail peace talks, a joint statement said on Wednesday.
The Arab countries stressed the illegality of the Israeli colonial settlements in the occupied Palestinian territories of West Bank, and condemned the occupation measures in Jerusalem, reports Al Ray.

President Abbas told the 25th Arab League summit that the Israeli government was trying to renege on its commitment to release Palestinian prisoners and was not serious about peace talks.

Ahead of the summit, Arab officials told Ma’an that Arab envoys were considering withdrawing the Arab Peace Initiative of 2002.

The initiative — which calls for two states on the 1967 borders and a ‘just settlement’ of the refugee issue in exchange for full normalization between Israel and the Arab world — was largely rejected by Israeli officials after it was approved at the 2002 Beirut summit.

The PLO recognized Israel’s right to exist in 1988, but say that recognizing Israel as a ‘Jewish state’ is unnecessary and could jeopardize the right of return for Palestinian refugees and limit the rights of Palestinians living in Israel.