US Offers Release of Israeli Spy 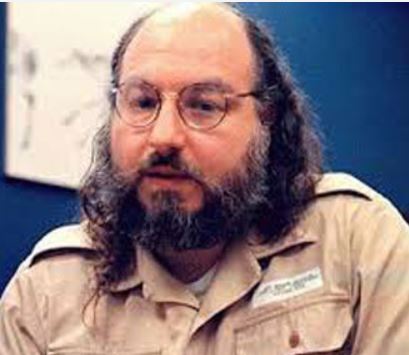 The Israeli Radio has reported that the United States has offered the release of Israeli spy, Jonathan Pollard, in return for releasing the fourth batch of veteran Palestinian detainees, and extending direct peace talks with the Palestinians.Israeli Prime Minister, Benjamin Netanyahu, mentioned Pollard’s case during his latest visit to the Unites States, and Israeli sources said Netanyahu asked the US to release the spy.

He said that, in return, Israel would go ahead and implement what it already vowed to do, and release the fourth and final phase of veteran Palestinian detainees, imprisoned since before the first Oslo Peace Agreement.

The United States said Abbas-Kerry talks aim at trying to bridge the gaps in the positions of Palestinian and Israeli negotiators, and that Kerry will be holding talks with Netanyahu, either over the phone or through video conference.

The United States is trying to extend direct Palestinian-Israeli peace talks despite stalemate, while several senior Israeli officials sent a message to Arab Foreign Ministers convening in Kuwait, asking them to focus on the Arab Peace Initiative as the base for peace talks.

Israel also asked the summiteers to take into consideration the “regional situation” and its effects on Israel and the Palestinian Authority.

Jonathan Pollard, born to a Jewish family on August 7, 1954 in Galveston, Texas, worked as a civilian intelligence analyst; he was apprehended on charges of spying for Israel, and received a life sentence in 1987.

He was granted Israeli citizenship in 1995, but despite granting him citizenship while he was in prison, Israel did not acknowledge buying classified information from Pollard.

On Tuesday, January 4, 2011, Netanyahu sent a letter to Obama asking him to release Pollard; the White House rejected the request.

On December, 11, 2011, Netanyahu stated that “Israel has the moral obligation to secure his release”, adding that “Pollard never spied on the United States”.

In late December of last year, the Israeli National News Agency said more than 106 Members of Knesset “including Arab MK and left wing MK’s” held a special session at the Knesset, and signed a petition calling on US President Barack Obama to reconsider his decision not to release Pollard.

So far, 78 of 104 Palestinian veteran prisoners have been freed in three groups, with the final 26 to be released on March 29. However, recent statements by Israeli officials have cast doubt on whether the prisoners would be released on time, if at all.

On Tuesday, at dawn, December 31, 2013, Israel released 26 veteran Palestinian detainees, as part of the third phase of releasing all detained Palestinians held by Israeli since before the first Oslo peace agreement of 1993.