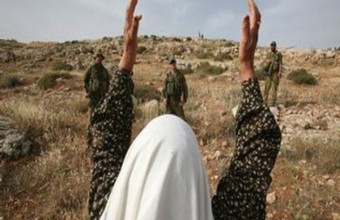 Settlers from Israeli outposts damaged Palestinian solar panels and cultivated lands in southern Hebron hills, according to a press release issued Friday by Operation Dove.The press release, as follows, went on to relate the Israeli settlers’ attacks against Palestinians in the village of Bir Al-Idd near At-Tuwani, in southern Hebron, as witnessed by international activists of Operation Dove, an organization which has maintained an international presence in Al-Tuwani and the southern Hebron hills since 2004, WAFA reports.

In the evening of March 26, Israeli settlers damaged some solar panels, only electricity power sources for the Palestinian village Bir Al Idd. The same day, during the early afternoon, Israeli settlers grazed their flock on Palestinian-owned wheat fields, damaging the harvest.

At 2:18 pm International volunteers noticed a flock grazing on Palestinian-owned fields in Kharrouba valley, close to the south-west side of the Israeli illegal outpost Havat Ma’on, in the South Hebron hills. The flock was apparently unattended, until when, after ten minutes, an Israeli settler from the outpost got close the herd and walked away with it.

Later, the Palestinian owners reported the facts to the Israeli police. At 3:02 pm the police arrived at the place and questioned Palestinians and International volunteers, taking from them pictures of the Israeli settler while he was grazing the flock. After that, the police officers went inside the outpost.

Around 6 pm, Israeli settlers damaged photo-voltaic system that supplies power to the Palestinian village of Bir Al Idd (South Hebron hills area), hitting it repeatedly. Near the village are located the Israeli illegal outposts of Mitzpe Yair and Nof Nesher.

The morning after, Comet-Me members, who placed the system during the 2010 (Comet-Me is an Israeli-Palestinian no-profit organization specialized in providing sustainable energy sources and drinking water systems to isolated communities) arrived on the place in order to verify the damages. At 9:59 am, an Israeli policeman and a soldier reached them in order to carry out surveys and listen the testimony of a Palestinian. Later, the complaint of the Palestinian was formalized.

During the late 90s, the Palestinian families of Bir Al Idd were forced to leave the area because of the continuous violence of Israeli settlers. After a Rabbis for Human Rights’ appeal submitted to the Israeli High Court of Justice, on January 2009, the Bir Al Idd residents’ return was allowed.

Now, only one household of the 50 residents lives permanently in the village; the others were forced to leave because of several incidents of violence that took place since April 2013. In April, August and November 2013, Israeli settlers from Mitzpe Yair attempted to block the only access road to the village. On January 2014, two Israeli settlers prevented Palestinian residents from reaching the village, threatening them.

Since the Palestinian family remained the only one in the village, it has been victim of daily violence by the Israeli settlers from the illegal outposts of Mitzpe Yair and Nof Nesher.

Settlers from Ma’oun illegal settlement vandalized an agricultural land in Yatta village, south of Hebron, according to a report by the Palestinian News Network (PNN).

Rateb al-Jbour, Coordinator of Popular Committee to Resist Wall and Settlement, told the PNN that settlers, under the protection of Israeli army, vandalized 25 dunums of an agricultural land belonging to the Rab’i and al-Amour families in Yatta.

In a related context, settlers from Yitzhar settlement, constructed on Palestinian land in the West Bank city of Nablus, uprooted 50 olive trees.