PCHR Calls for Investigations into Incidents in Yatta Town 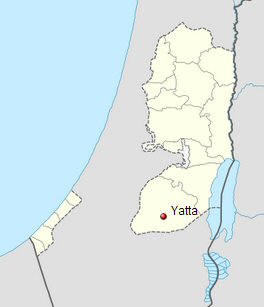 The incidents include beatings, arrests, house raids, and destruction of civilians’ belongings by security services. PCHR calls upon the government in Ramallah to take serious steps in compelling members of security services to respect the rule of law and human rights principles guaranteed under the Palestinian Basic Law and international standards.

According to investigations conducted by PCHR and testimonies of victims and eyewitnesses, at approximately 09:00 on Monday, 05 May 2014, a force from the Preventive Security Service (PSS) intercepted a red Chevrolet Cavalier near Mothalath al-Mazra’a area in Yatta town, Hebron, for raising Hamas flags.

The occupants were on their way to participate in a sit-in organized in solidarity with their relative, Zaid Ismail Abu Fanar, at his father’s house, in the Fatouh area of the town. Zaid Ismail Abu Fanar is one of the administrative detainees in Israeli prisons who have been on hunger strike since 24 April, 2014.

PSS officers ordered occupants to get out of the vehicle, but the driver, Mohammed, moved away quickly when Noor Ismail Abu Fanar (14) stepped out. The officers chased Abu Fanar’s car in a Volkswagen mini bus for about 3 km, until they reached the Fatouh area. The PSS bus hit Abu Fanar’s car several times from behind, in an attempt to stop it, until Abu Fanar’s car crashed into the wall.

The PSS officers got out of their car, took Mohammed his, and began assaulting him with their legs and rifles. His wife, Hanadi, tried to defend him, but they pushed her. As a result, she fell to the ground and fainted.

Some civilians tried to intervene in an attempt to push the officers away from Abu’s family, but they opened fire to disperse the civilians, who threw stones at the PSS members. As result, the PSS car was crashed.

A joint force of security services comprised of the PSS, the National Security Force, and Special Police raided the Fatouh area of Yatta town, accompanied by a bulldozer. They raided and searched a number of civilian houses, from which they arrested a large number of civilians.

Hana Saher Awad was beaten up by the security members after they raided and searched her house without a warrant. Members of the force crashed a number of Mercedes cars belonging to civilians in the area, including a 608 Mercedes white bus belonging to Ismail Sameh Abu Fanar.

In addition, the bulldozer caused damage to a number of unlicensed cars which are used by mechanics for spare parts.

On the same day, at approximately 22:00, a joint force raided Ismail Abu Fanar’s house in Zeif area in Hebron, where the solidarity tent is set up in solidarity of his son Zaid. They dispersed all people in the tent by firing live bullets into the air and launching tear gas canisters. Abu Fanar was beaten with a torch by the security officers.

Calls upon the Attorney General to open a serious investigation into those incidents, especially that civilians were beaten and some belongings were damaged; and

Calls upon the government in Ramallah to take serious steps to compel members of security services to respect the rule of law and human rights principles that are guaranteed under the Palestinian Basic Law and international standards.