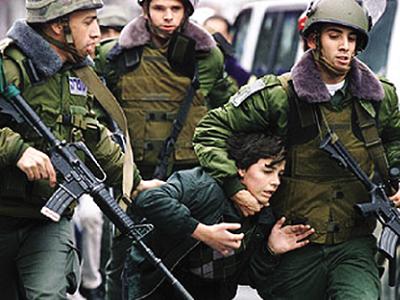 In 21.4 percent of cases recorded by DCI-Palestine in 2013, children detained in the Israeli military detention system reported undergoing solitary confinement as part of the interrogation process. This represents an increase of two percent from 2012.

DCI-Palestine collected 98 sworn affidavits from Palestinian children aged 12 to 17 in 2013.

“The use of isolation against Palestinian children as an interrogation tool is a growing trend,” said Ayed Abu Eqtaish, Accountability Program director at DCI-Palestine. “This is a violation of children’s rights and the international community must demand justice and accountability.”

DCI-Palestine’s research overwhelmingly suggests that the use of solitary confinement against Palestinian child detainees in the Israeli military detention system is employed almost solely for interrogation purposes. The apparent purpose is to obtain a confession or to gather intelligence on other individuals.

Globally, children and juvenile offenders are often held in isolation either as a disciplinary measure or to separate them from adult populations. The use of solitary confinement by Israeli authorities does not appear to be related to any disciplinary, protective, or medical rationale or justification.

During a period of just under two years, from January 2012 to December 2013, DCI-Palestine collected 40 affidavits from child detainees that detailed solitary confinement.

Children held in solitary confinement spent an average of 10 days in isolation. The longest period of confinement documented in a single case was 29 days in 2012, and 28 days in 2013.

Continue reading at the AIC, via link below.