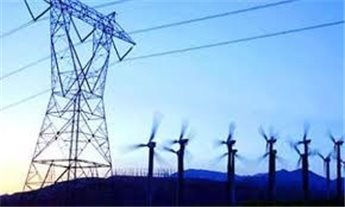 Israel Electric Corporation has filed a suit against a private Palestinian firm for 531 million shekels ($153 million) in past dues, after attempts to settle the debt failed, according to officials.JDECO is a private company which purchases electricity from Israel to supply to East Jerusalem and cities in the West Bank, reports AFP via Ma’an News Agency.

As well as regulating electricity via JDECO, the IEC also supplies power to the Palestinian Authority, who caters to the rest of the West Bank and also provides power to the Gaza Strip.

Gaza has been under a severe economic blockade imposed by Israel since 2006. The blockade has severely limited the imports and exports of the Gaza Strip, and has led to frequent humanitarian crises and hardships for Gazans.

Qatar donated $10 million to Hamas authorities in Gaza, for fuel, in the wake of the humanitarian crisis caused by severe weather in the region this past winter.

But, even before winter storm Alexa, Gaza had experienced extreme fuel shortages which cut off access to basic necessities for Gaza residents since early November.

In addition to the electricity crisis, tens of thousands of Palestinians living in East Jerusalem frequently go without running water, according to the Associated Press, victims of a decrepit and overwhelmed infrastructure and caught in a legal no-man’s land caused by the divisions of the Israeli-Palestinian conflict.

There are about 260,000 Bedouin citizens of Israel, as well, mostly living in and around the Negev, in the arid south. More than half of them live in unrecognized villages, often in extreme poverty and without utilities. They are frequently targeted, by the Israeli government, with eviction notices and life-shattering home demolitions which leave them homeless refugees, even while holding Israeli citizenship.

(See: https://imemc.org/article/67055 ‘Children of the Occupation: Growing Up in Palestine’)

The suit was filed at the Jerusalem District Court, on Thursday.