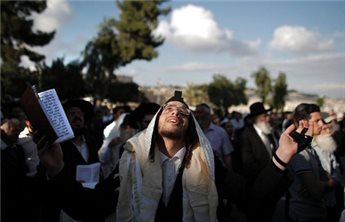 The Cenacle is reputedly the site of Jesus’ last supper, and Pope Francis is planning on holding mass at the Old City site, on Mount Zion.

Jews revere the site as the tomb of Kind David, and it rests on the ground floor of the very same building.

It is also sacred to Muslims for this reason.