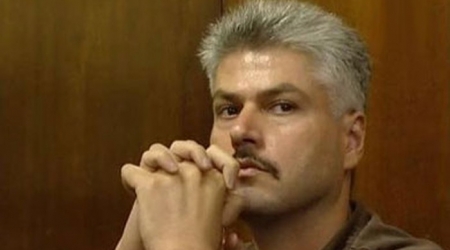 Over 140 administrative detainees in the Israeli prisons have been on a hunger strike for nearly four weeks, in protest of Israeli Prison Service (IPS) failure to respond to their demands for justice.

In 2012, Israel made a promise to put limits on the adminstrative detention policy, in which Palestinians are held without charge or trial, and under harsh conditions.

The agreement ended the strike of 2,000 Palestinian prisoners, but as of March 1, 183 Palestinians were still being held under administrative detention.

At the beginning of May, the vast majority of more than 5,000 Palestinian prisoners being held in Israeli prisons took part in a solidarity strike with the nearly 100 prisoners who have been refusing food since April 24.

Dozens of Palestinian prisoners have also recently decided to declare an open-ended hunger strike in solidarity with the detainees, including East Jerusalem lawyer Shireen Issawi.

Administrative detention is a procedure which allows the Israeli military to hold prisoners indefinitely on arrests without charge or hope of trial, based in secret information about the detainees.

As of 1 September 2012, there were at least 212 administrative detainees in Israeli prisons, according to Al Ray. This number included 7 members of the Palestinian Legislative Council.