Abbas: Time to End the Longest Occupation in History 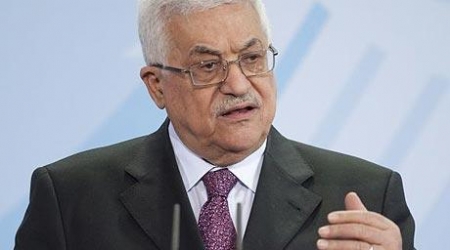 Palestinian President Mahmoud Abbas said during a speech, this past week: ‘After 66 years since the Palestinian catastrophe ‘al-Nakba’, Palestinians have been proving that their presence on the map will establish a Palestinian independent state, with Jerusalem as a capital.’
On the 66th anniversary of Nakba, Abbas said to Palestinian people worldwide that the Palestinian cause topped the agenda of the world, not as a refugee cause but one of national liberation and independence.

He asserted that what has been achieved is the result of a political strategy that balanced between what is available and what is possible, Al Ray reports.

Of note during the speech was the recent joining of international bodies, as it is seen to be a significant unilateral and diplomatic step towards Palestinian statehood.

‘We can say yes or say no as required by our supreme national interest,’ he said.

Abbas hopes that the 66th anniversary of the Nakba will be the year to end the long suffering of the Palestinian people, and to start a new future for them:

‘It is time to end the longest occupation in history. It is time for Israel’s leaders to understand that there is no homeland for the Palestinians but Palestine.’