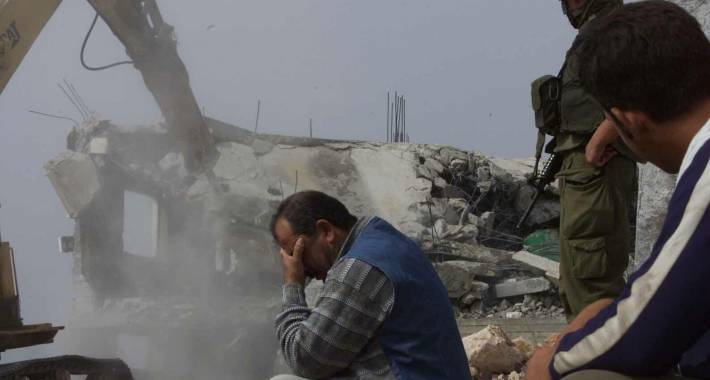 Israeli soldiers demolished on Monday, May 19, 2014, nine buildings in occupied Jerusalem, displacing families, and causing significant losses. The destruction took place in al-Ezariyya and a number of Bedouin communities.Palestinian sources said the army demolished, on Monday evening, a Palestinian home, sheds, and a barn belonging to a resident, identified as Mohammad Ibrahim al-Jahhalin, in Jabal al-Baba area, in the al-Ezariyya town east of occupied Jerusalem.

The destruction of his property is the second since last month.