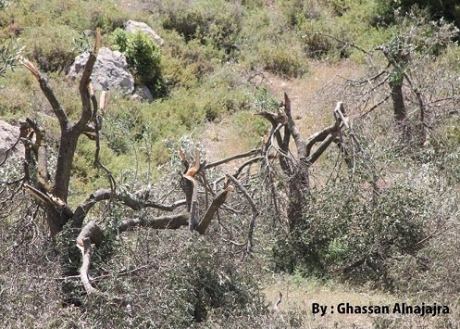 Three Palestinians were kidnapped by Israeli forces, on Wednesday, from the Jenin district, in addition to two others from the Jerusalem area, according to reports by local and security sources.The three were aged between 26 and 35 years, and were taken after forces broke into and searched their families’ houses in Silat Al-Harithiya, to the west of Jenin.

Meanwhile, two Palestinians were kidnapped by Israeli police from ‘Isawiya and Shuʻfat camp, in Jerusalem, according to a local activist.

WAFA Palestine News & Info Agency reports that member of the ‘Isawiya Follow-up Committee Raʻed, Abu Rayyala, said police stormed ‘Ubeid complex in ‘Isawiya, where they arrested a 23-year-old Palestinian, the eldest son of Ahmad ‘Ubeid, who is sentenced to life imprisonment in an Israeli prison, after breaking into his family’s house.

Forces also raided the detainee’s workplace, where they seized 6 computers and some other belongings.

In a related incident, police stationed at Shuʻfat checkpoint kidnapped one Palestinian while he was crossing the checkpoint on his was to Jerusalem.

Also on Wednesday, WAFA further reports that Israeli settlers invaded Yatta’s municipal park, to the south of Hebron, while Israeli soldiers took over the rooftops of several Palestinian-owned homes, under the pretext of ‘providing protection to the settlers’, according to a local activist.

Rateb al-Jabour, Popular Committee Coordinator in Yatta, told WAFA that dozens of settlers from illegal settlements in Yatta stormed the Municipality’s park, where they proceeded to swim in a pool, there.

Al-Jabour said forces set up several checkpoints along the road leading to villages east of Yatta, where they raided Carmel and inhibited residents from accessing their land that they might cultivate and harvest their crops.