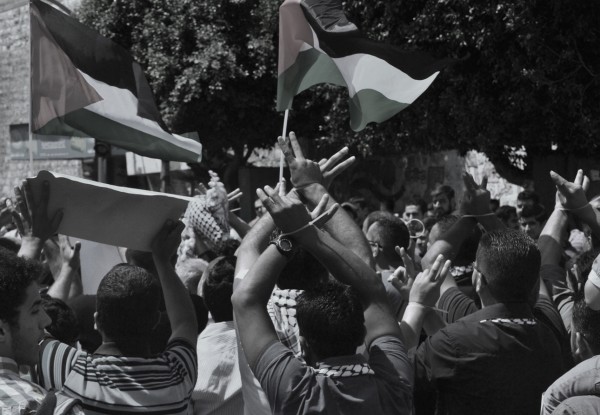 Palestinian prisoners are protesting in order to stop the practice of administrative detention, which involves detention orders that can range up to six months and renewed indefinitely. These orders are based on secret information that neither the detainee nor the lawyer have access to, and the widespread use of this practice is against international standards.

In the city of Nablus, a tent was erected several weeks ago as a permanent sit-in protest in solidarity with Palestinian political prisoners and hunger strikers.

Protests are held almost on a daily basis and provide a forum for both relatives and political parties to have their voices heard.