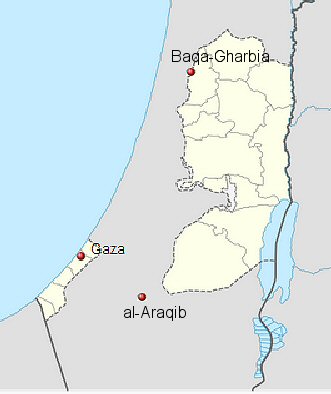 Israeli soldiers demolished the Bedouin village of al-Araqib, in the Naqab (Negev), for what amounts to the 69th consecutive time, on Thursday, say witnesses. The previous evening, suspected Jewish vandals slashed the tires of eight Palestinian-owned vehicles in Baqa-Gharbia town, pre-1948 occupied Palestine.The villagers of al-Araqib, near Beer Sheba, have called upon the international community and all relevant human rights organizations to intervene and stop the systematic measures against them, by the Israeli government, WAFA reports.

Violations against the Bedouin community are frequent and ongoing. By such attacks, Israeli authorities seek to displace the residents living in the area as prelude to seizing their land for the benefit of settlement expansion.

According to local sources, a number of Jewish vandals, most likely belonging to a ‘Price Tag’ gang, punctured the tires of 8 civilian Palestinian-owned cars parked at al-Qasmi college, Baqa-Gharbia town, where they defaced the bodies of the vehicles with sharp tools.

After the vandals carried out the attack, Al Ray Reports, they escaped from the area in a Toyota car, according to witnesses.

“Price Tag” attacks come from a group of Jewish militant civilians which carries out destructive and intimidating actions directed against Palestinians and their property, Al Ray further reports, including mostly land but also mosques and vehicles in the West Bank, and increasingly in Israel itself.

Attacks of this particular nature were included in the US State Department’s 2013 Country Reports on Terrorism, published April 30 of this year.