US Senate Approves More Aid to Israel Despite Deficit Concerns 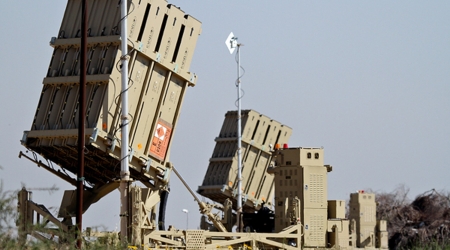 In a turn-around from Thursday, US Senators Friday morning decided to move ahead with approval of an additional $225 million for Israel, even while calling for drastic cuts to social services and other domestic spending.The US gives more in aid to Israel than it does any other country, despite the fact that Israel is in the top one-third of world economies, and the Israeli military is in the top 10 worldwide in terms of funding and weaponry.

The $2.7 billion border aid package would have included $225 million, proposed by US Secretary of Defense Chuck Hagel, for the Israeli military’s Iron Dome defense system.

“We’ve all watched as the tiny state of Israel, who is with us on everything, they have had in the last three weeks 3,000 rockets filed into their country,” said Senate Majority Leader Harry Reid, in an apparent attempt to appeal to Republicans’ longstanding partiality to the state of Israel’s demands.

“Our number one ally — at least in my mind — is under attack. If this isn’t an emergency I don’t know anything that is,” said Reid, according to a quote by Politico.

Sen. Lindsey Graham (R-S.C.) was quoted to say: “It’s an important moment for the Senate and the House to show support for Israel. All I can say that if you don’t see the need to come to Israel’s aid now, and the message that it would send now, it would be a big mistake.

“Any person who thinks that the Iron Dome is unnecessary needs to go to the floor and tell us why, why we don’t need to help Israel right now. They’re asking for our help, they’re our best friend in the region, one of our best friends in the world.”

Though Republican leaders had recently promised to pass a bill directing further aid to Israel, Reid’s request was rejected, on the grounds that it would increase the national debt.