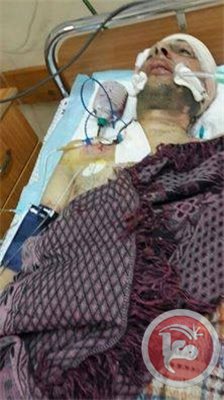 Muhammad Daher, a Palestinian journalist for al-Resalah newspaper, was recently injured when Israeli forces shelled his home in Shuja’eyya, to the east of Gaza City. He succumbed to his wounds on Thursday. According to Ma’an News Agency, Daher is the ninth Palestinian journalist to be killed by Israeli fire since the military invasion of the Gaza Strip began three weeks ago. While he sustained serious injuries during the course of the shelling, several of his family members were killed immediately.

The Israeli army has persisted in destroying entire apartment buildings throughout their course of operations, under the pretext of targeting wanted individuals living inside.

A mass rally roamed the streets of Gaza City, Thursday, in funeral procession for the three journalists, according to WAFA Palestinian News & Info Agency. Their bodies were wrapped in the Palestinian flag, their cameras laid on their bodies.

Furthermore, the Palestinian Journalists’ Union has condemned the recent Israeli bombing of al-Wattan Voice TV headquarters in Gaza. It is the fourth attack since the beginning of the invasion.

The Union has called upon the International Federation of Journalists and other concerned bodies to condemn the crimes, urging them to act in protecting the journalists in Palestine.