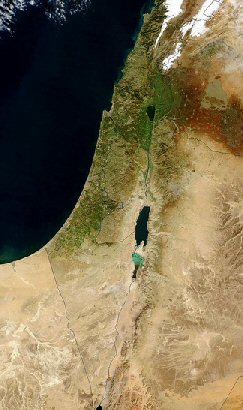 Israeli forces, yesterday, kidnapped at least 14 Palestinians and shot one with live ammunition during predawn raids on West Bank districts of Hebron and Jenin, according to reports by local and security sources. Later in the evening, forces shot and injured another at a military checkpoint, to the east of Nablus.The army stormed Hebron City, Thursday morning, where they abducted eight Palestinians, most of whom are previously released prisoners.

According to the Palestinian Prisoners’ Club (PPC), they were taken following a raid on their homes in which forces destroyed their furniture. The PPC noted that they were beaten front of their families before being taken into Israeli custody.

In Beit Ummar, four Palestinians, ages 18, 22, and 25, were also taken during a similar raid, according to WAFA.

In the northern West Bank city of Jenin, an Israeli undercover unit stormed a neighborhood there, abducting one Naji Qabaha, age 21, after raiding the family home and shooting Naji’s 26-year-old brother in the foot with live ammunition.

In the Jabal Abu-Their neighborhood, forces took one 22-year-old Palestinian after raiding and searching his family home, as well.

Witnesses told Ma’an News Agency that Israeli forces also shot and injured a Palestinian later on in the evening, near the Beit Furik checkpoint, east of Nablus, following a chase.
A military ambulance came to take the Palestinian to the hospital.

No further information is currently available; the Israeli army gave no comment.

The West Bank, including East Jerusalem, in addition to the Gaza Strip, have been illegaly occupied by Israeli forces beginning in 1967. The international community has rejected the legitimacy of the occupation, by far and large, ever since.

In addition to continuous violations of UN treaties, by the state of Israel, to which they are signatory, settler violence against Palestinians and their property is an every day occurrence for those living under the occupation, both Christian and Muslim, and has escalated during numerous confrontations which have ensued over the course of the current military assault on Gaza, as well as the events leading up to it.

Kidnappings and attempted kidnappings of Palestinians as young as 2 have been on the increase, in recent days, as protests surge in a violent wave of chaos over the region.

Over 800,000 Palestinians have been imprisoned in Israeli jails since 1967.