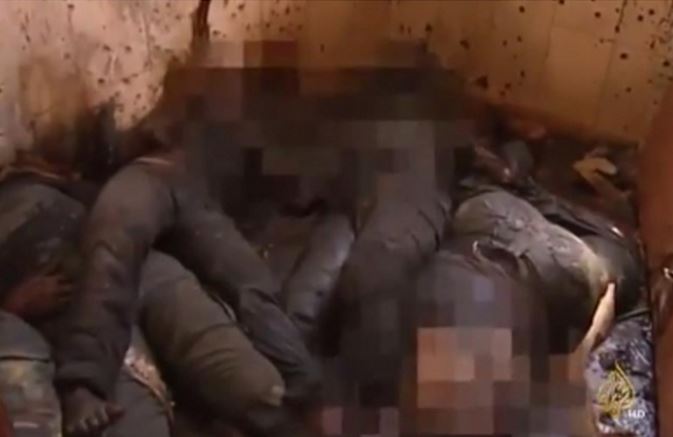 On Saturday, Palestinian and international news agencies managed to accompany residents and aid workers into the town of Khuza’a, in the southern Gaza Strip. Among those people were Tamer al-Mis-hal, a Palestinian journalist working for AL Jazeera news. In his report he showed how people are trying to find their relative under the destroyed homes.

Khuza’a was occupied by the Israeli military tanks and troops from ten days.

Towards the end of the report Tamer is called by residents into one of the homes were they found around 10 bodies of Palestinian youth.

Apparently, the youth were gathered in a small room of the house and were shot dead, firing squad style, by Israeli troops.