Remains Of Two Palestinians Found Under Rubble In Central Gaza 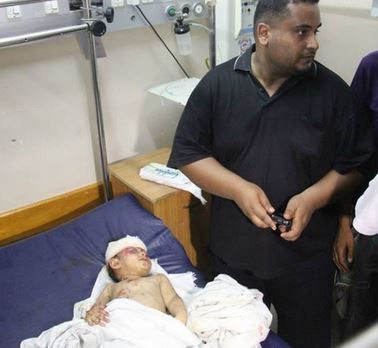 The Palestinian Ministry of Health in Gaza has reported that ongoing search and rescue efforts under the rubble of bombarded homes in Gaza have led, on Tuesday morning, to uncovering the remains of two Palestinians in Central Gaza.The Ministry said the slain Palestinians were found in Juhr Ed-Deek area, east of the Central District, as rescue teams, medics and volunteers started a wide search campaign, under the rubble of bombarded homes and buildings, after the 72-hour ceasefire started.

It added that ambulance and rescue teams managed to enter the eastern area of the Gaza Strip to search for remains of slain Palestinians, explaining that the army has earlier repeatedly targeted rescue crews.

Eyewitnesses said dozens of Palestinians are missing, most believed to be dead and buried under rubble of their homes, especially since rescue operations could not be performed when Israeli tanks were present in the area, especially under heavy Israeli bombardment.

Dr. Ashraf al-Qodra, head of the Public Relations Department at the Palestinian Ministry of Health in Gaza, called on all media outlets to wait until the ministry releases the official list containing the names of slain Palestinians, after proper identification and notification.