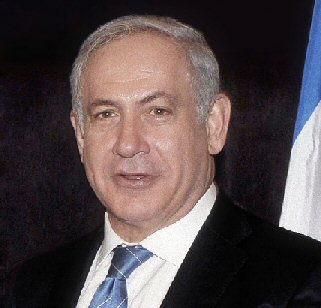 Fearful of the growing international demand that Israeli officers be tried for war crimes committed during this last offensive against the Gaza Strip, the military has ordered a comprehensive internal probe of the army’s actions during Operation Protective Edge.

‘We didn’t cooperate with the Goldstone report and, in the end, it disappeared from the world.’ ~Israeli PM Netanyahu

According to the The New York Post, during a meeting on Wednesday with members of Congress who are visiting Israel as guests of AIPAC, Netanyahu urged the American representatives to assist Israeli officials who wish to avoid trial by the International Criminal Court in The Hague.

The members of Congress heard the latest from the prime minister regarding the tenuous Gaza ceasefire, as well as Jerusalem’s strained relations with the Obama administration.

“The prime minister asked us to work together to ensure that this strategy of going to the ICC does not succeed,” said Rep. Steve Israel (D – NY), to the Post.

Netanyahu “wants the US to use all the tools that we have at our disposal to, number one, make sure the world knows that war crimes were not committed by Israel, they were committed by Hamas. And that Israel should not be held to a double standard,” he added.

According to the Israeli press the foreign ministry is considering to refuse cooperation with any international investigations into alleged Israeli war crimes during its last offensive against Gaza. Israel will claim that the UN inquiry committee is comprised of biased nations that will vote against Israel no matter what the findings.

Ynet, the major Israeli news portal, reported that a senior official at the ministry of foreign affairs said ‘We didn’t cooperate with the Goldstone report and, in the end, it disappeared from the world,’