Al-Arabi Meets with Serry and Erekat in Cairo 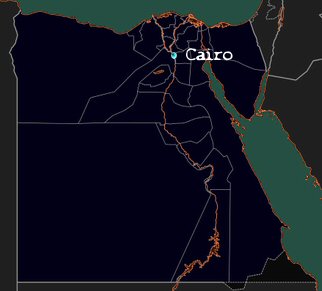 Secretary-General of the Arab League, Nabil Al-Arabi, has met separately with both UN Special Coordinator for the Middle East Peace Process, Robert Serry, and Member of the executive committee of the Palestine Liberation Organization, Saeb Erekat, in discussion of efforts to reach a permanent ceasefire between Israel and Gaza.According to WAFA, during a meeting with Serry at the Headquarters of the Arab League in Cairo, officials discussed the latest developments in the Gaza strip, as well as the outcomes of the meetings of the Palestinian delegation in Cairo, with regard to the possibility of an Egyptian–brokered truce with Israel.

Also discussed was the need to work effortlessly in taking advantage of the newly announced 72-hour ceasefire, that indirect negotiations might resume in order to reach a comprehensive and permanent ceasefire.

Meanwhile, WAFA further reports that Al-Arabi also met with Erekat, with whom was discussed the latest developments and ways to support a request to UN secretary-general Ban Ki-Moon, by Palestinian President Mahmoud Abbas, for the placement of Palestine under international protection.