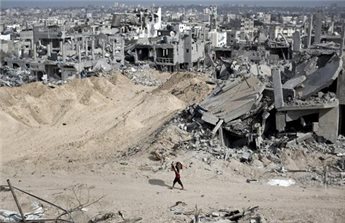 Israel and Palestinian resistance fighters are holding their fire, this morning, according to Ma’an.The Israeli army says that there has been no fighting for several hours, since Israeli air strikes on Gaza finished at 3am.

Different reports cite varying numbers of rockets being fired into southern Israel, from Gaza, but resistance has so far denied, with only Israeli military spokespeople holding to the claims.

Tweets from Gaza residents raise the question of whether or not the explosions, sirens and presence of drones in Gaza, just following the initial reports, were designed to incite panic.

A Palestinian Interior Ministry official reported that four air strikes occurred over open ground about half an hour following the extension of the truce for another 5 days.