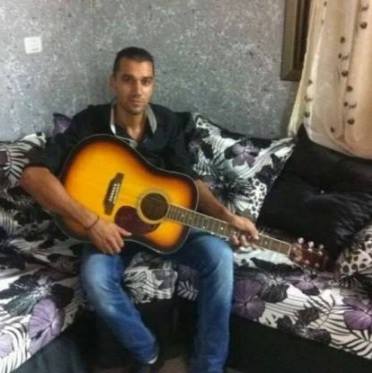 Palestinian medical sources have reported, on Thursday morning, that a young Palestinian man was killed after being rammed by a settler’s vehicle near an illegal Israeli settlement, in the central West Bank district of Salfit.

The sources said that Mohammad Abdul-Karim Abu Salim, 23, from Hares village, near Salfit, was struck by the settler’s vehicle as he was trying to cross the road, close to the Borkan illegal settlement.

Israeli police officers and an Israeli ambulance arrived at the scene, but the Palestinian was already dead; a Palestinian ambulance moved the slain youngster to the Salfit governmental hospital.

The Palestinian police said it is investigating the issue, in an attempt to determine whether the incident was a deliberate attack.

The Palestinian TV said Mohammad was preparing for his wedding.

Unlike dozens of similar incidents that led to deaths and injuries of scores of Palestinians, including children and elderly in different parts of the occupied West Bank, the settler actually did not flee the scene.

On Thursday, August 7, a Palestinian child was seriously injured after being rammed by an Israeli settler’s vehicle, in the Old City of Hebron, in the southern part of the West Bank. http://www.imemc.org/article/68781

On Wednesday, March 26, a 55-year-old woman was moderately injured, after being hit by a settler’s car in Teqoua’ village, east of the West Bank city of Bethlehem. http://www.imemc.org/article/67376