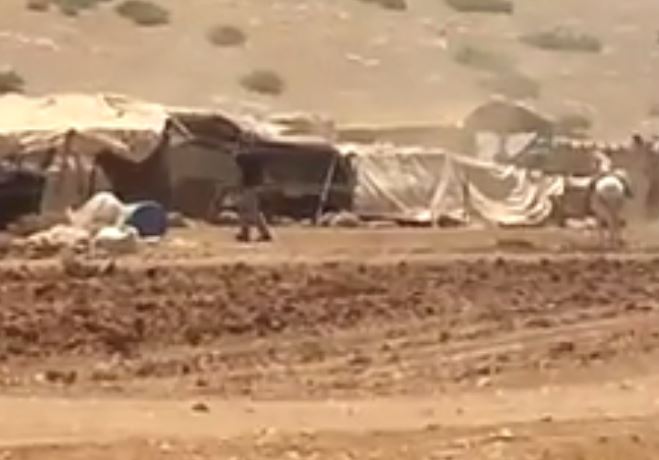 Explosives experts of the Palestinian police in Jenin, defused on Thursday an explosive object, dropped by the Israeli army during training, in Tammoun town, in the central West Bank district of Tubas.The police said it received a call from a concerned citizen who located an unknown object in a Palestinian area frequently used by the Israeli army for military training, in Tammoun.

The police then arrived at the scene, and closed the area, before explosive experts defused the Israeli explosive object.

The Public Relations department of the police called on Palestinians to remain alert in areas frequently used by the Israeli army, to stay away from unknown objects and inform the police.

There have been many Palestinian casualties, including children and shepherds, resulting from explosive objects and materials left behind by the Israeli military during training, especially since the army uses various areas in the West Bank, mainly near Hebron and the Jordan valley, for conducting training using live ammunition and explosives.

Dozens of Bedouins have also been repeatedly displaced from their communities due to the ongoing Israeli military violations and illegitimate policies.