Legislator, Child, Among Many Kidnapped In West Bank 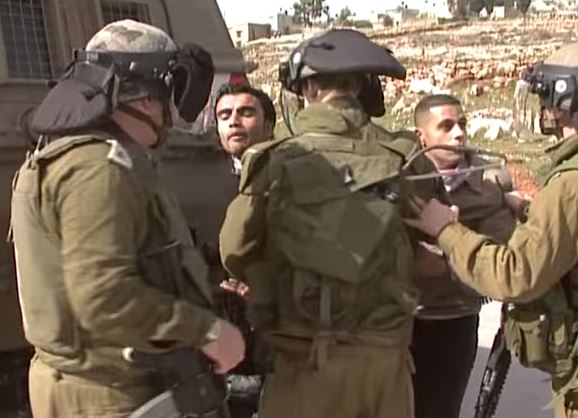 Israeli soldiers invaded, on Friday at dawn, several Palestinian communities in different parts of the occupied West Bank, broke into and ransacked homes, and kidnapped several Palestinians, including legislator and a child.Local sources have reported that the soldiers kidnapped legislator Bassem Ahmad Za’arir, and took him to an unknown destination after violently searching his property, in Sammoa’ town, near the southern West Bank city of Hebron.

It is worth mentioning that Ahmad, the 26-year old son of the detained legislator, was kidnapped on August 14 while travelling back home from Jordan.

He is currently held at the al-Jalama interrogation facility.

Soldiers also kidnapped resident Yasser Mohammad Kamil from his home in Qabatia town, south of the northern West Bank city of Jenin, and a child identified as Mohammad Fathi Meetani, 15, from Ya’bad town, west of Jenin.

Local sources said Kamil was taken prisoner from his home, while the child was kidnapped near his home following clashes that took place on Thursday at dawn after dozens of soldiers invaded Ya’bad.

Dozens of soldiers also invaded the al-‘Arqa village, west of Jenin, and clashed with scores of local youths who hurled stones and empty bottles at them. Dozens of residents suffered the effects of tear gas inhalation, and many were shot by rubber-coated metal bullets.

Medical sources said a Palestinian woman, identified as ‘Alaa’ Zyoud, and her children, suffered the effects of tear gas inhalation after the soldiers directly fired gas bombs into their home.

The village has been subject to daily Israeli military invasions and assaults, while many homes, close to the Apartheid Wall, are frequently targeted by Israeli gas bombs, especially since they are also located close to the Shakid illegal Israeli settlement, built on the villager’s lands.

On Thursday at night, soldiers invaded the Husan town, west of Bethlehem, and fired several gas bombs and rubber-coated metal bullets during clashes with local youths who threw stones at the invading soldiers.

Medical sources said several Palestinians have been injured, including one who has moved to a local hospital after being shot in his arm.