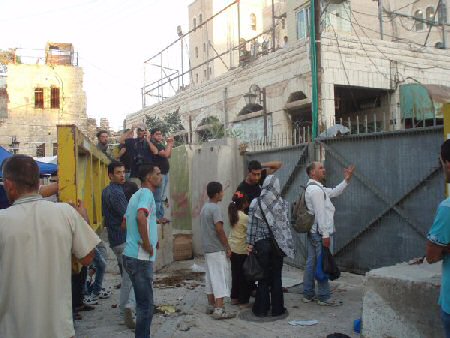 It’s late May [2013], and the air is stifling. Heat sizzles from the pavement, and Khalili youth, though well-adapted to these conditions, can be seen wiping sweat from their brows as they trek home from school. A few trickle through Checkpoint 56 into the Tel Rumeida neighborhood, formally designated Israeli-controlled territory under the Hebron Agreement.

Soldiers search their bags and detain one, but finding no reason to arrest him, release him an hour later, a routine form of harassment youth are all too accustomed to. At some point, a school-bus turns up the road. It’s labeled in Hebrew and English, “Air-Conditioned Video.” The school bus is only for settler children, whereas many Palestinian vehicles are not allowed to drive in Tel Rumeida.

The word “apartheid” is often used to criticize Israeli racism and the Israeli state’s policies of segregation. But on the street level, what does apartheid actually look like? While living in occupied Khalil under Israeli military occupation for a few months, I experienced only the beginning of the answer to those questions. The rest is in the lived experience of businessmen and women, school children, farmers and shepherds who have lived under occupation for forty-plus years.

In his final report as UN Special Rapporteur on Human Rights in the oPt [Occupied Palestinian Territories], Richard Falk called for an investigation into the Israeli practices, broadly referred to as hafrada meaning “separation”, that could constitute apartheid under the International Convention on the Suppression and Punishment of the Crime of Apartheid. Offenses that come in conflict with the Convention include the unlawful taking of life, administrative detention, and torture, and also the segregation of land and parallel legal systems in the West Bank that “prevent participation in the political, social, economic and cultural life of the country and the full development of a racial group” (18).

This invokes a flood of memories from my short time in Palestine, including a young couple in Masafer Yatta living in a former sheep pen because the Israeli Civil Authority won’t grant them a permit to build a house; shops forced to close down during Jewish holidays so that settlers can illegally pass into the Palestinian-controlled part of Khalil; a B’tselem caseworker laughing aloud when we asked whether any action would be taken after Abu Shamsiya documented Israeli settlers’ assault on his family and was himself arrested on false charges of spitting at the nearby soldiers throwing stones and a tomato, whilst at the same time an Israeli boy of similar age threw eggs at internationals and went unpunished.

Apartheid, as Falk points out, is not a recurrence of isolated crimes; rather, “the combined effect of the measures designed to ensure security for Israeli citizens, to facilitate and expand settlements, and, it would appear, to annex land, is hafrada, discrimination and systematic oppression of, and domination over, the Palestinian people.” Apartheid is in the rain that flooded the Khalil Souq (market), ruining goods that provide needed income for Khalili families, because Israeli authorities have prevented the construction of appropriate drainage facilities. 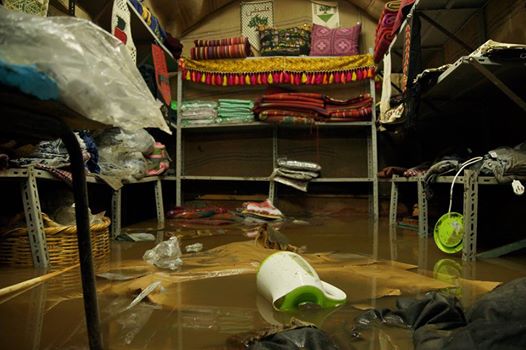