Rafah Crossing Open for All but Students 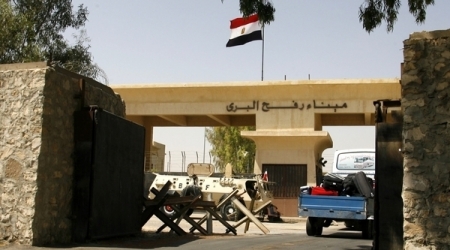 The Palestinian border and crossing department has announced that Rafah crossing is open for all cases except students, according to Al Ray Palestinian Media Agency.It was explained by the department, in a press release, that holders of foreign passports and injured citizens will be allowed to leave the Gaza Strip.

The area has been unsafe due to several attacks by Israel, while Egypt has largely kept the Rafah crossing — the only crossing through which Palestinians can exit Gaza — closed during Israel’s military assault on the region.

Since Morsi’s ousting in July of 2013, Cairo has further strengthened the siege on Gaza, with a focus on tunnels which pass between Egypt and the Gaza Strip, accusing Hamas of aiding the Muslim Brotherhood in attacks which occurred inside Egypt.

The Gaza Strip has been under a crippling economic blockade imposed by Israel since 2006, leading to frequent humanitarian crises. With Egyptian backing, Israel tightened the blockade in 2007, following a political victory by Hamas.