Israeli Claims Against Hamas Under Scrutiny 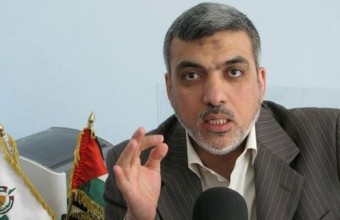 Friday afternoon, Isreali PM Benjamin Netanyahu’s office tweeted an image of masked Hamas soldiers about to execute informants to Israel, along with another of ISIS extremist militia alongside Iraqi soldiers.The office then deleted the original tweet, following direct ‘contacts’ in regard to the validity of the message being presented, as well as additional criticism via social media.

‘The attempt by Netanyahu and his spokesman Ofir Gendelman to link Hamas and compare us with other groups is a deception and disinformation campaign that will not fool anyone.

We strongly condemn and reject how Netanyahu, Gendelman and the Israeli media exploit the picture of the slain American journalist James Foley who was executed in a brutal manner.

We condemn the low and the cheap use of this image without any respect for the sanctity of the dead.

We emphasize that Hamas is a national liberation movement. Hamas’ members are freedom fighters who are seeking the liberation of the Palestinian people and their civil rights.

Hamas is confronting Israeli terrorism against our children and the innocent civilians of the Palestinian people.

We are fighting for freedom and independence, and our main objective is to end the Israeli occupation and the Israeli terrorism in our land.’

Additionally on Saturday, Israel retracted false claims made regarding a rocket fired into Sderot Negev which killed a 4-year-old Israeli child. Hamas claimed responsibility for the missile; however, Israeli news reports that the rocket was launched from an UNRWA school were false.

Over 500 children are now reported to have been killed in the Gaza Strip — over 500 out of over 2,000 people total, most of whom were civilians, to include women, elderly and disabled.

Prominent figure within Hamas’ political bureau Mussa Abu Marzouq, in commenting on recent suspensions in Cairo-mediated peace negotiations, accused Israeli PM Netanyahu of lying twice — once when he accused Hamas of violating the recent ceasefire and again in regard to Hamas’ alleged abduction of an Israeli soldier.

Hamas was democratically elected in 2006, and is the ruling political party in the besieged Gaza Strip.

The Israeli government never recognized Hamas’ authority and succeeded in further imposing the ongoing blockade of the region with Egypt’s backing, the following year. Israel and the U.S. continue to insist that Hamas is a terrorist organization, with no distinction made between the party’s political and military wings.