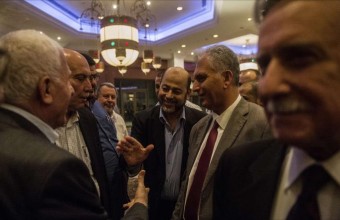 Israeli media has reported that Egypt will announce, this evening, a one-month ceasefire in the Gaza Strip, if Israel is in agreement. So far Israeli officials have refused to agree to the ceasefire.According to the Palestinian News Network (PNN), the sources added that the ceasefire agreement will include the opening of the Rafah crossing, at the border between Gaza and Egypt, to allow the entry and exit of goods and people through Gaza.

Also to be included in the deal is the expansion of Gaza’s fishing zone to 12 nautical miles.

The source has also confirmed that Israel has not agreed to the truce, so far, and that it continues to attack targets in the Gaza Strip.

Bassam Salhi, General Secretary of the Palestinian People’s Party, told the PNN that the success of the ceasefire depends on Israel’s readiness to respond to Palestinian demands, the ending of the ongoing siege on Gaza being key.

Mr. Salhi added that, should Israel agree to return to the Cairo negotiating table, it will be an opportunity to bring some calm to the region, as all Palestinian factions are willing to talk peace, including Hamas.