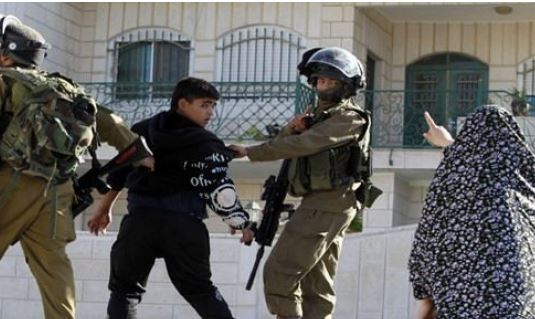 Israeli soldiers kidnapped Two Palestinians in the southern West Bank district of Hebron, three Palestinians in the West Bank district of Bethlehem, and six in Nablus, in the northern part of the West Bank.The army installed a roadblock at the entrance of Beit Ummar town, north of Hebron, kidnapped Sakhr Hisham Abu Mariya, 23, and took him to an unknown destination.

In addition, soldiers stationed at the “Container roadblock” installed years ago at the entrance of the Shuhada Street in Hebron, prevented the Palestinians from crossing, and forced them back, an issue that pushed them to seek alternate pathways through the alleys.

In Bethlehem, soldiers kidnapped three Palestinians at a makeshift roadblock installed by the army at the entrance of Husan town, west of the city.

Local sources said the soldiers stopped several cars, including a car transporting the three Palestinians, and kidnapped them.

The three have been identified as Mustafa ‘Ayed Shousha, 37, Mohammad Khalil Shousha, 17, and Bilal Khalil Hamamra, 25.

Earlier Tuesday, dozens of soldiers invaded the northern West Bank district of Jenin, in the northern part of the West Bank, and kidnapped nine Palestinians. http://www.imemc.org/article/68960